Summer School: “I don’t need a parachute… to land in Europe!” 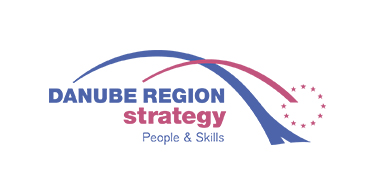 Fundatia Corona from Romania in partnership with SPARK from The Netherlands was announcing the Summer School of the project “I don’t need a parachute… to land in Europe!”, which was organised in Iasi, Romania, from July 22, untill July 29, 2012. The course agenda comprised information related to the EU history, economy and policies, information about the candidate and potential candidate countries (economic, political and cultural aspects) and available funds for pre-accessing countries. Applicants had to register until April 15, 2012.

The project “I don’t need a parachute… to land in Europe!” was a 10 months project implemented by Corona Foundation from Romania in partnership with SPARK Organisation from Amsterdam and financed by the European Commission. The project had a cross border dimension and it was implemented on the EU and Balkan states’ territory from December 1, 2011 until September 30, 2012.

The organizers were looking for 100 young people, students or university graduates, age between 18-30 years, resident in one of the EU countries or Western Balkan countries (Albania, Bosnia and Herzegovina, Croatia, Kosovo under UN Security Council Resolution 1244, Montenegro, The Former Yugoslav Republic of Macedonia and Serbia), interested to join them in a exciting project.

All the costs related to accommodation, meals, free time events and handbooks were covered by the organisers. Also, travel expenditures were reimbursed based on the two-ways tickets / copy of the tickets presented, but no more than 50 Euro for Romanian citizens, 300 Euro for other European citizens and 450 Euro for Balkans states’ citizens.

The courses of the Summer School was approached subjects related to the EU enlargement towards the Western Balkans, as follows:
– Bringing security all over Europe
– The EU Neighbourhood Policy
– The price of the EU Enlargement and the Balkans integration
– The clash of civilisation: the rise of the European citizen

The workshops had artistic themes:

The communication language of the summer school was English.

The 100 participants to the summer school became EU Ambassadors and informed 10,000 people from their own country about the benefits and risk of the EU enlargement during August and September 2012. The activity of each Ambassador consisted of distributing 100 brochures during this period of time. For their activity, the ambassadors were awarded with 100 Euro / each.

Further information can be found at: www.landineurope.ro

Any cookies that may not be particularly necessary for the website to function and is used specifically to collect user personal data via analytics, ads, other embedded contents are termed as non-necessary cookies. It is mandatory to procure user consent prior to running these cookies on your website.